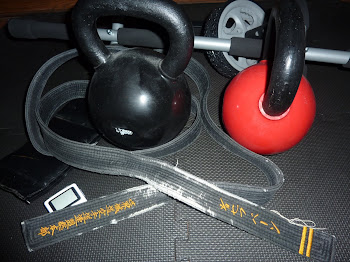 I was listening to a podcast (Iron Radio) recently and the hosts were discussing the Westside Barbell Club.

Westside Barbell is a fascinating place because the people who train there have set an astounding number of powerlifting world records in the last couple of decades. And it's not as if they're recruiting top talent and paying them, either - there has been almost no money in powerlifting, basically ever, and none of these guys have gotten rich off of their ability to bench, squat, or deadlift.

Westside Barbell is famous for its head coach, Louie Simmons, and the method he uses to train the athletes there, which is usually just called the Westside Method. He teaches technique (a particular way to squat, bench, and deadlift), and prescribes a fairly specific method of training. The lifters at Westside tend to do similar exercises, periodized similar ways, with similar accessory lifts. And since there are so many strong, strong people training there, the atmosphere is supposed to be amazing. For competitive people, training alongside the strongest people in the world is quite stimulating. And they all get phenomenally strong.

The discussion on this particular episode centered on the reason why Westside lifters are so strong. And the question boils down this: is the success of the lifters at Westside due to Louie's system, to the culture or training atmosphere, or both?

There is never going to be a clear cut answer, of course - nobody is going to do a study and prove that the success of Louie's lifters is 62% the system and 38% the culture. Nevertheless, it's a really interesting thing to think about.

Westside lifters are the most successful powerlifters in the world. Does that prove that their system is the best? Well, I think it's strong evidence that the system is at least very good. But there might be some guy in some garage somewhere who offers better training and technical programs than you can get at Westside, but maybe in a laid back atmospher. And maybe that imaginary coach just doesn't inspire his athletes to work hard the way they are inspired at Westside, which is why his guys aren't setting world records right and left.

Dojos are the same.

I think of every dojo (or dojang or gym or whatever) as having 2 different qualities: competence of technical instruction and culture.

Technical instruction is how good the teachers (and sometimes the other students) are at giving the right coaching cues at the right time to improve your technique the most. This is somewhat complex, and sometimes it depends on the student - I've had instructors who were great at teaching beginners, and other who were not as good with beginners but were really good at making the small corrections that would help very advanced students make progress (there are also instructors who can do both of those things!)

Culture is a little harder to define, but it's basically a description of the atmosphere in the school. It's a combination of the sort of things the instructor says and does to motivate you, how physically demanding the classes are, and the way the other students respond to those cues.

Culture is not simply better or worse. Some people respond to certain kinds of dojo cultures better than others. I've seen schools that are hyper competitive and aggressive. They engage in a lot of belitting speech (insulting anyone who lags behind or quits), usually do a lot of hard, violent sparring, and generally show disdain for those who are less physically competent. I'm not saying that culture is inherently bad, in fact for some people that is highly motivating. Some people will do best in those surroundings. Others, however, will be deflated, and respond better to a less antagonistic culture.

As a student, you need to figure out two things: how much technical support you need and what culture suits you best. If you're a beginner, you definitely need a lot of technical help. If you've been training for 20 years, you probably need less. Depending on how extroverted or introverted you are you'll probably benefit more or less from a really enthusiastic culture.

The bottom line is this: as a martial arts student you need to figure out what your needs are, and make sure your class is filling those needs. If you're highly self motivated, you might not care so much about the culture. If you're struggling to get through workouts, you might need more of a 'rah-rah' atmosphere.

If you're very lucky, you'll find a technically great group that also has a strong, spirited culture that motivates you and keeps you excited to train. That's the dream! Enjoy it.